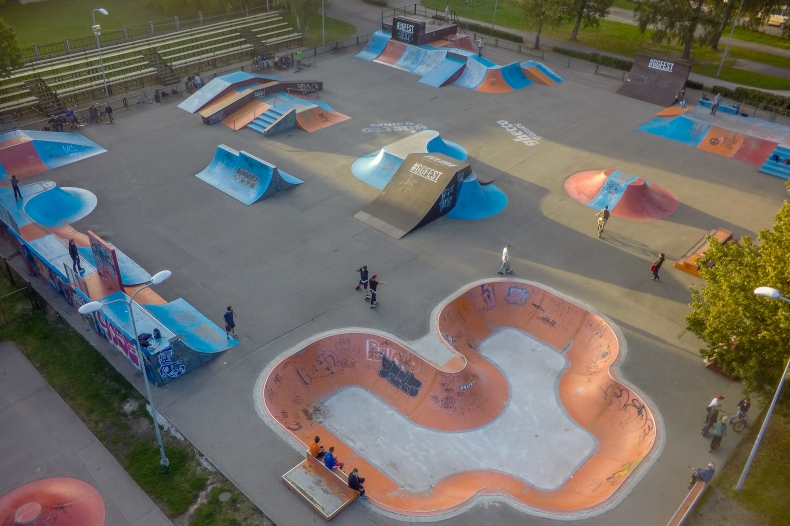 For those, who like extreme sports, there is a place where anyone can train and learn tricks in inline skating, BMX and skateboarding. Few times a year competition takes place in Ventspils skate park as well. It was built thanks to a support of Ventspils municipality and designed according to the highest demands of professional skatboarders.

Summer skatepark of Ventspils operates already from 2000 and during these years it was enlarged by adding new elements. In the territory of the skatepark, which is about 5200 m², it has ramps, semi-ramps, slopes, pyramids, trick hills, jumps, slides, take-off elevations, a “wallride” wall, steel elements also a special pool and ground for beginners. Ventspils skate park compromises about 40 various elements in total.

The greatest pride of the skatepark is the big ramp, which is designed by an award winner of many international extreme competitions Wim Leanert from Belgium. The big ramp of Ventspils skatepark by the technical specifications is the most universal and modern ramp in the Baltic states.  It is 3,8 m high, 12,5 m long and 9,6 m wide and its covering it`s wear resistant, shock and deformation resistant and withstands negative impact of weather.  The ramp is TUV certified and complies with all requirements of the European Standard Association.

Entrance in the Skate park is free of charge. 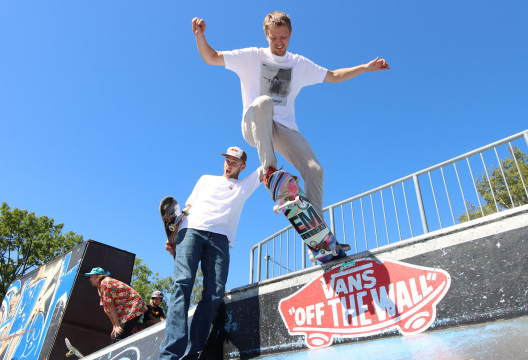