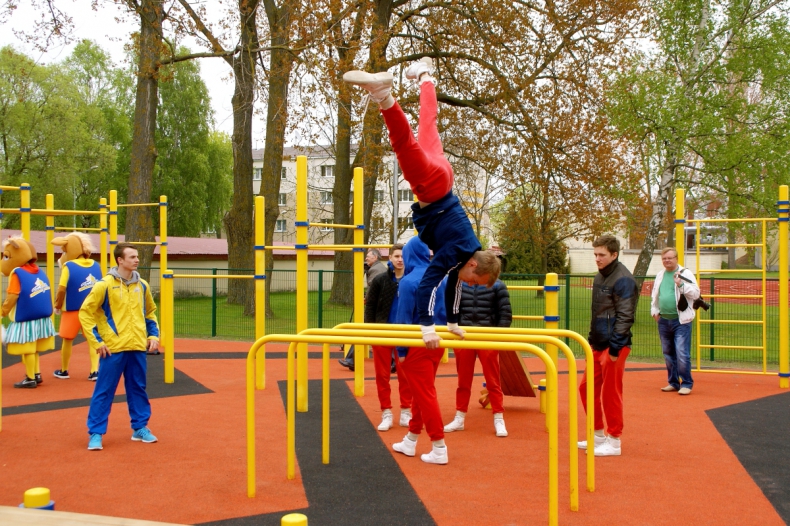 The Street Workout Stadium includes 150-seater spectator stands, bicycle racks, information stand, lighting, making it possible to exercise also during hours of darkness, and even a sound system for creating a pleasant atmosphere.

An idea of creating a street workout stadium appeared some time ago, when a group of Parventa young people applied to the Chairman of the Board of the Olympic Centre Ventspils, Uldis Boitmanis, requesting to support street workout enthusiasts. They presented quite a lot of informative material, however it was not enough to make a decision. “Kozlov Brothers are considered as pioneers of this sport, and Ghetto Games also made a serious impression. Valuable advice for the creation of the stadium was provided by President of Latvian Street Workout Sports Association, Maris Slezins, expecting it to be not only suitable for workouts, but also for competitions. Evaluating different areas for installing street workout facilities during a visiting session of the Development Committee of the Council of Ventspils City, the Chairman of the Council, A. Lembergs proposed to create the stadium by the entrance to the stadium of the Olympic Centre Ventspils, which turned to be a correct choice. 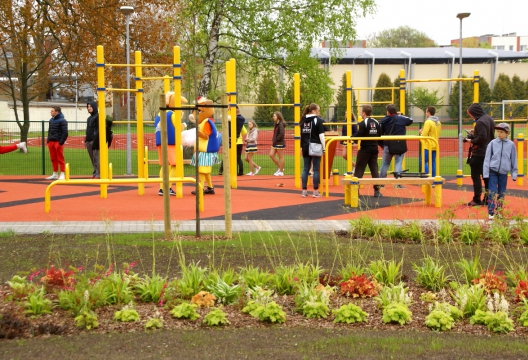